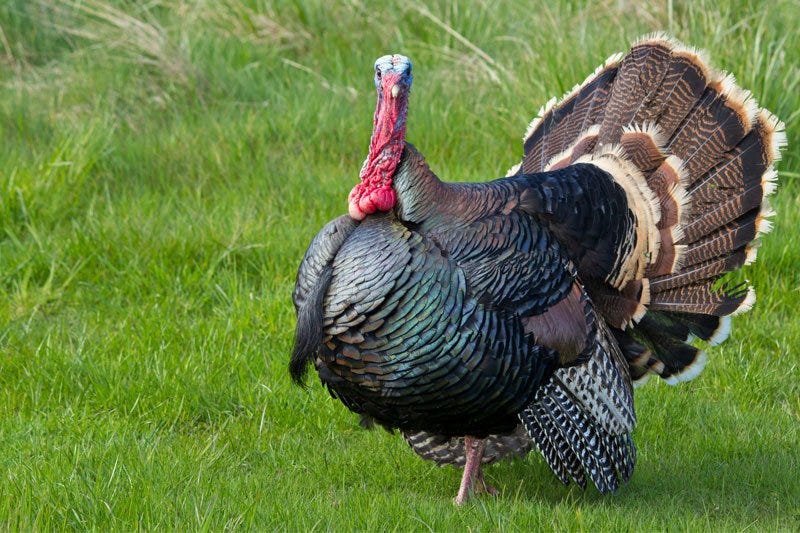 Every turkey hunter dreams of that “tow rope” longbeard hammering on the early morning roost, only to pitch down and work in on a string to your setup. The “Ol’ Boss Gobbler” of the area. Although those birds truly are the dominant bird, they didn’t get to that rank by being vocal and dumb. They are wise beyond their years, and have been through the ringer for several springs. Bottom line – they know when something is too good to be true, and although they may slip up, it’s like not as often as you need to close the deal. So with thousands of gobblers flopping every spring, what birds are we killing? Enter the two year old tom!

Over the span of 3 years, it’s amazing how a bird can change. From a naïve, barely can gobble jake to a tight-lipped, ghost of a mature tom, a turkey, unlike a deer (not including fawn), becomes more vulnerable the second year. A 2-year old bird is likely the one gobbling his beak off in the roost. The one who will hyper speed run at the sight of your decoys. His brain (although already small) is clouded with love, and naïve to hunters and danger. To put it mildly, every turkey hunter loves a 2-year old bird! Full-fanned, and beard swinging, we don’t care about “giving him another year.” Honestly until you see the spurs, you’d likely not know if the bird is 2 or older. Find a turkey hunter who passes up a 2-year old bird, and you also found someone who passes Boone & Crockett deer waiting for a 200-incher. They may exist, but you can’t help but question their sanity!

Now all this bring said, do not take this as 2-year old birds are easy to kill! No turkey is easy to kill, unless it’s white and in a pen (even those may be relentless). What we are saying is that the two-year old bird is likely the most callable, killable bird out there; paired with desired by hunters. Why the last part? Well, not many turkey hunters want to (or can) kill a jake. Sure it’s legal in some states, but that doesn’t mean the hunter wants to shoot one. But once the fan is full, and the beard has some swing, that turkey is on the hit-list for most hunters.

The next time you are out in the turkey woods, and hear a full gobble that is double or triple hammering, remember our friend the 2-year old tom. He is ripe for the taking and will likely give you one heck of a thrill in the turkey woods!