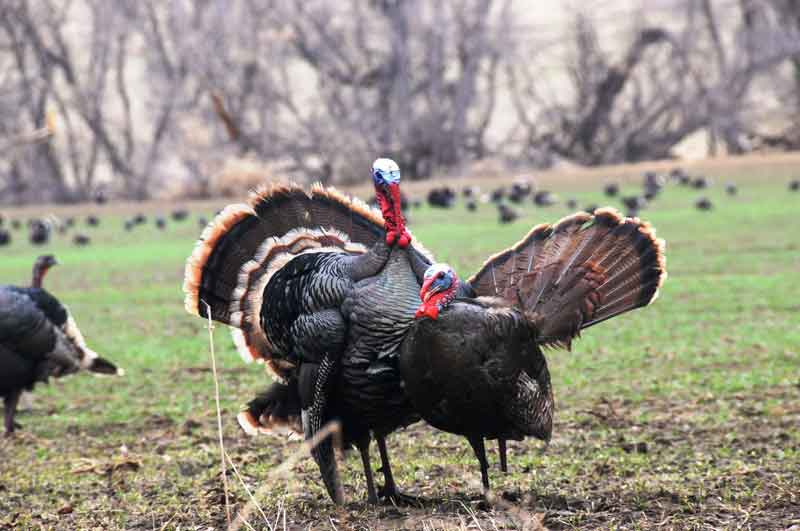 When used correctly, turkey decoys can attract a nice gobbler into range, tilting the odds for success in your favor, but if used in correctly, they can cause that same gobbler to head for the hills.

So, how do you know which decoys to use and when and where to use them to aid in your hunt?

Steve Hickoff, turkey editor for Realtree.com, says, while nothing is ever guaranteed in the turkey woods, there are a few standard tips hunters can follow for the best chance at bagging a bird with the help of decoys.

When it comes to selecting decoys, the more realistic, the better.

“Now a days, there are so many hyper-realistic decoys available on the market that finding good ones should be easy,” Hickoff said. “There are even decoys made from taxidermied turkeys, and you can’t get any more realistic than that. Just make sure to check your state’s rules for using taxidermied birds, as it’s illegal in some states.”

A key factor in making a decoy look realistic is movement. If a wise gobbler comes in to your setup, but the decoys are not moving, he may hold up and refuse to come in.

“I’ve had turkeys step out and study unmoving decoys for five to 10 minutes waiting for movement,” he said. “Motion is always better.”

Hickoff suggests hunters use motion stakes to set up their decoys. These stakes allow the decoys to move just the right amount in a breeze. But, wind gusting at 10 to 20 mph can create unnatural movement that may scare birds off. For this reason, you may want to avoid using decoys on a very windy day.

“Some companies are even offering mechanized decoys that produce realistic movements,” he said. “Decoy manufacturers have come a long way with their decoy offerings in the past few years.”

In addition to realistic decoys, you gotta know when and how to use them. As all turkey hunters know, a million different scenarios are possible in the turkey woods. While there are no sure bets when it comes to decoys, there are a few general rules you can follow for your best chance at bagging a bird.

“If you have a dominant gobbler that is alone or with just a hen or two, set up several hen decoys with a jake decoy not far from the gobbler’s roost,” Hickoff said. “Position a hen on the ground without a stake, and put the jake behind her as if he’s about to breed her. Such a setup will initiate dominance behavior from the gobbler. The hope is that the gobbler will come in straight to the jake decoy. In this scenario, you’ll often see the gobbler chest bump and knock the decoy down.”

Early in the season, jakes and gobblers often join up and cruise around looking for large groups of hens. Hickoff recommends using a group of hen decoys in this situation.

“If you’ve set up a group of hen decoys and are cold calling, the hope is that a gang of cruising longbeards will see the decoys and come in to join the group. Gobbler groups travel great distances together this time of the year.”

In addition to knowing which decoys to use, the way you position your decoys can make or break your hunt. 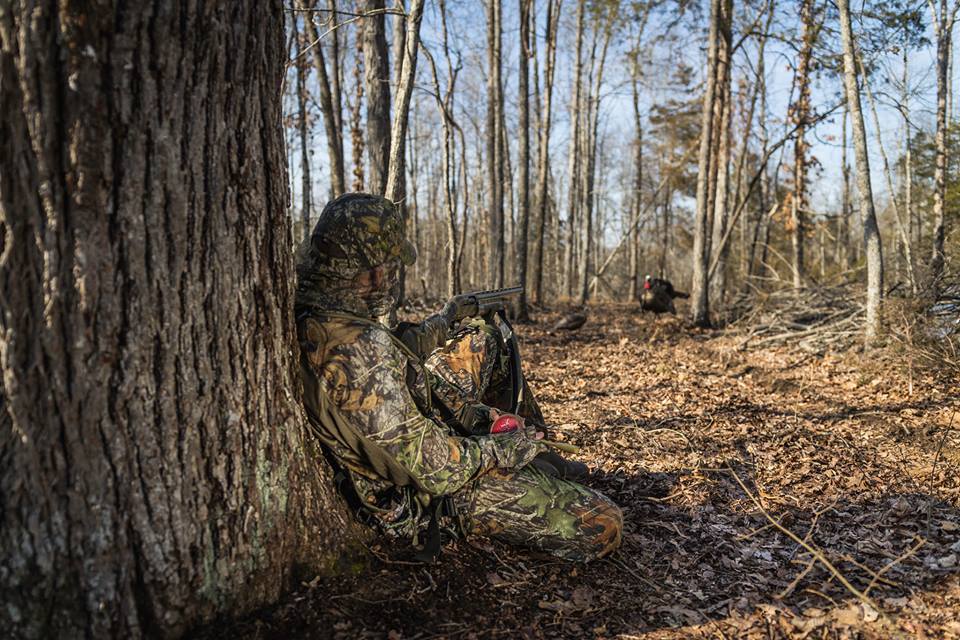 Hickoff says to also consider safety when setting up decoys.

“You don’t want to be in the pathway of an errant shot,” he said. “Careless hunters sometimes mistake decoys for the real thing, and you don’t want to be in the line of fire if a hunter decides to shoot. For this reason, position the decoys slightly to the side of you in case someone comes from behind. It’s also a good idea to set up with a broad tree at your back. “

Once you’ve set the decoys up, you need to make sure you use the calls that truly reflect the story you’re trying to tell with your decoys.

“If you’ve set up several hen decoys that look as if they’re feeding, then you’ll want to keep your calls muted, making soft clucks and purrs – typical sounds a group of hens make as they feed. If you’ve set up a strutting gobbler decoy with several hens, you may not want to call at all.  In the situation you’re reflecting with your decoys, the gobbler already has its hens, so he doesn’t need to call to locate them. But if you have a jake and a strutter decoy, you might gobble and gobble yelp, which is kind of a croaky sound.”

Your goal is to define the scene that your decoy spread is depicting and then make the calls that correspond to that scene.

Follow these basic tips for decoy selection and set up and then modify through trial and error. Sometimes your decoy setup will work wonders and sometimes it won’t, but hey, that’s turkey hunting.