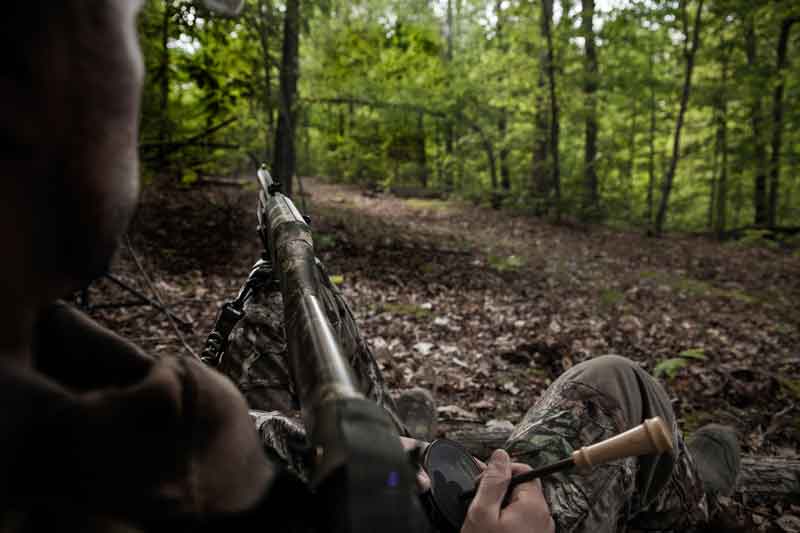 Early season gobblers can be moody. Make sure you know how to read his demeanor before yelping back.

It’s finally here! Opening day has arrived, you’re leaned up against a towering pine and you’re waiting on that haunting gobble at first light. The anticipation is both maddening and euphoric. At last, a gobble booms through the fog and the trees — it’s game time! Now what?

Early season is a special time. The turkeys haven’t been pressured and Toms haven’t been eliminated from the flocks yet. The season is young and time and mistakes haven’t yet taken a toll on you. Turkeys are just coming out of their winter flocks, or they might very well still be bunched up, and dominate gobblers are daily collecting their harem of hens. Before you go eagerly blowing on your new turkey calls, learn to decide what type of gobbler you’re pursuing. It just might be the difference between you exiting the woods with a heavy Tom over your shoulder or a shotgun still full of shells.

This might be one or multiple mature toms still grouped together while amassing a flock of hens. As the season wears on, these gobblers will become less tolerant of each other and split up, but during the early season they’re still roomies. Not only do these large flocks of birds present the challenge of many well-equipped eye balls to spot you, but the group of hens and gobblers are reluctant to chase a lone yelping hen. In nature, the hen typically goes to the strutting, gobbling tom. When faced with this situation, remain patient. Call sparingly to let the group know you’re still there. Use yelps, clucks and purrs to try and lure the flock in your direction. If the boss hen starts interrupting your calls, then ramp up the intensity. Start cutting her off when she calls and typically match the sounds and cadence she’s making. You just might irritate her into coming over to shut you up, bringing the flock and gobblers with her.

You might be working a large flock of birds when you hear a distant bird start gobbling his head off. You can stay and see what happens with the flock, but your best bet at this point is to hightail it toward ole jealous. This might be another long beard who has been shunned from the flock by the dominate gobbler or it might be that he’s bred all his hens and they have gone off to lay eggs. Just because the hens are gone doesn’t mean he’s ready to stop partying. These loan gobblers are one of the best birds to pursue because they are looking for hens and will readily respond to calls. Use their popularity weakness to your advantage and set up as close as possible without spooking him. Call sparingly and be ready. If he’s gobbling at everything your throwing at him then you can get a bit more aggressive and enjoy the show!

Perhaps the most lethal weapon in your turkey vest during the early season is patience. Unless you find that hot, loan gobbler, chances are you’re going to need to wait a Tom out. While the gobbling action of daybreak is noisy and heart pounding, it begins to slow as the sun rises higher and higher. Many of the gobblers that would only answer your calls, but not come to investigate earlier that morning, are done breeding hens by late morning. If you were in the thick of the action earlier, stay put and make soft yelps and purrs every five to 10 minutes to let listening Toms know you’re still there. Don’t overdue the calling though, you want the gobbler to hunt you. This isn’t the time to let your guard down either, mature Toms are notorious for slipping in unannounced looking for the subtle hen.

Learn to read the gobbler your chasing, and you might be punching your tag in glee instead of the dirt in frustration. Good luck!