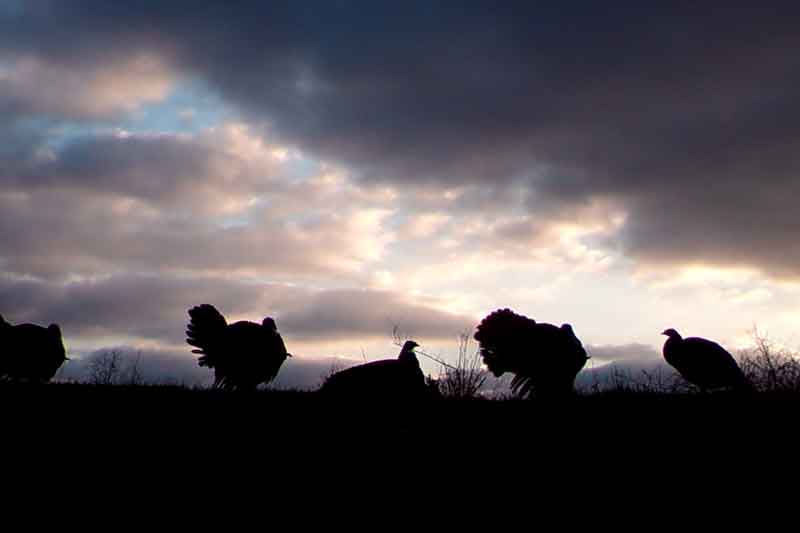 Depending on your location, it may be hard to think about a roosted gobbler sounding off perched high on a limb, but we are not far away from spring turkey hunting at all. In fact, with much of the country projecting above average temperatures heading into March, you might start to see some strutters shaking off the cold and getting warmed up for the spring. Turkeys are creatures of habit and often will move seasonally to different areas. So as winter releases its grip, the time to do some valuable preseason scouting has arrived for spring turkey hunting.

That last sentence was key. Scouting too early in the preseason can be a waste of time which many of us can’t afford. As winter starts to taper off and spring begins to flash, turkeys will start to move into spring ranges. This is something that can always puzzle hunters during the spring turkey hunting season. They watch birds all winter while deer and shed hunting, only to blow that hoot owl call until they are blue in the face with silence in return. The birds have simply vanished. Well not so much. Like all animals, a turkey’s requirements change with the seasons. Coming out of a tough winter with food scarce, birds will look for lush forbs and insects to build back their weakened bodies. This is likely a much different area than the mast producing hardwoods they pounded for the last few months. Along with food, turkeys are entering the much anticipated breeding season. Hens will look to set up shop near prime nesting areas, and gobblers will be in tow. Finding fallen trees and thicker cover, can be key turkey nesting; however, any seasoned turkey hunter will tell you that there is always a dumb hen that will lay her eggs in the wide-open woods too.

Anyone who has turkey hunted long enough has got into the epic chess match with a wise old longbeard during the season. At times it will seem like every morning, the bird is dang near on the same limb! This obviously won’t last forever, but identifying a bird that forms a pattern can be extremely important in the preseason. As birds begin to show up in the area, observing is the first go to strategy to get a bead on them. With the advanced technology of trail cameras, you can begin to pattern birds to specific areas, particularly early in the morning and right before dark, pinpointing roosting areas. When birds aren’t talking this can be an incredibly valuable. On larger food plots or Ag fields, consider setting the trail camera at an elevated location on time-lapse mode. This can give you a much greater overview of travel patterns for the turkeys. 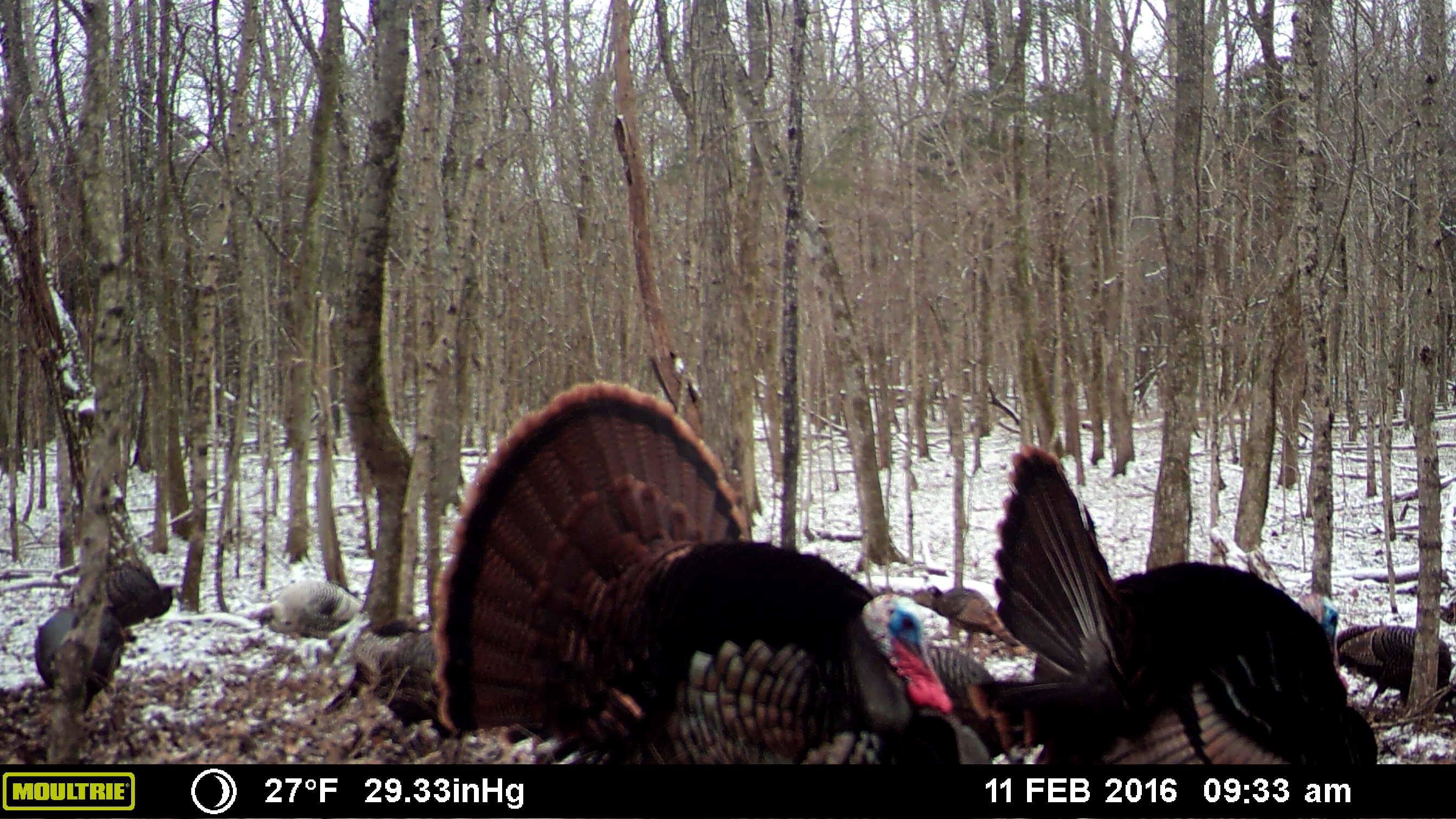 As the season creeps closer, and gobblers begin to become vocal, start to head out in the field early in the morning or late in the afternoon as birds are coming off and getting on roost, respectively. One mistake many hunters make is calling to fired-up gobblers in the preseason. The can be extremely bad, as you are educating the birds and sometimes creating an unnatural hen on the ground situation. And you wonder why some gobblers are call-shy. It’s hard to resist but you are simply trying to locate and pattern birds at this point. The time to make their head turn white and vocal chords strained will be here soon enough. If anything, consider locator calls to help identify roosting areas at distances.

As soon as winter releases its grip, start watching for gobblers to funnel into your hunting grounds. As the birds start to lay down roots, form your plan of attack so that opening morning you can call a gobbler in on a string.