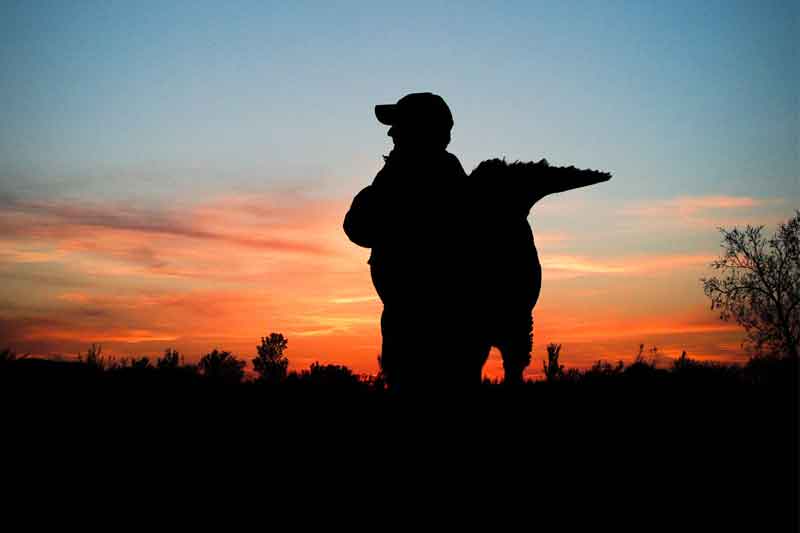 Killing a gobbler in the spring can be a feat in itself. Doing it on public land takes it to a whole other level. Not only are you battling to outsmart the bird, but now you have to outsmart other hunters. Easier said than done. Not just because other hunters are trying to apply the same strategy you are, it’s more about the ones who walk about aimlessly cranking on a Hoot Owl call or box call while standing within yards of your decoys. Anyone who has hunted public land has experienced these kinds of situations. But with all the negative stereotypes out there floating about public land hunting, each and every year thousands of hunters are successful at killing gobblers. So what do you need to do to maximize your chances on public land for spring turkeys?

There is likely no more important piece of the public land puzzle for gobblers than knowing the land you are hunting. Walking onto a piece of ground and just going toward gobbling birds is not going to get it done. When we say know the land, we don’t just mean the property boundaries – although those are important! There are many facets to knowing the land which can lead to success or failure.

First, and one of the most overlooked pieces, is the habitat composition. Sure people look for those classic roosting trees to get a turkey to sound off at the crack of dawn, and the lush clover fields that they can attempt to serenade a strutter across, but that’s not even scratching the surface. The habitat composition of a piece of land can paint the story of a birds movements throughout the day, or even more important, his next move when you are getting into position for the harvest. If you are working a bird that just came off the roost, and you have a recent clear-cut in between you and him, odds are you need to move into a much better position and form the path of least resistance to work that bird in. The same goes with birds strutting back and forth in large fields. You can’t just walk out into the field and call him in. You have to utilize the tree lines and terrain to get into an optimal calling position – particularly if he is with hens.

You also need to know where other hunters go on the land. Where are the major parking areas, roads through the property, and trails. Get deep! As the season progresses those birds will begin to figure out where they need to be to get the job at hand done, and avoid human interaction. This is really important on large tracts of National Forest or Refuge land. Often getting way back in away from crowds can pay big dividends. But again, you aren’t just playing the birds here, you are reducing the risk of another hunter getting in on top of you while you are working a bird - or worse, in between you and the bird!

Turn on any TV Show and you’ll see a hunter nestled under a big oak working a bird freshly off the roost. Although this might be the most likely chance to get a bird vocal and working to the sweet sound of a slate call, on public land expect to put in some miles. Honestly, it’s a lot of work. But that’s what it takes. You will cover a lot of ground, but learn a lot about the property you are on and the way to hunt it. The classic “Run n’ Gun” style of turkey hunting is prime for large tracts of public land, especially after the morning hours fade.

It’s important to study both topographical and aerial maps as you work a property. Understand where birds likely started, and where they are headed when hens hit the nest, or evening roost approaches in areas you can hunt afternoons. Throw the “kitchen sink” of calls at them. As you move through certain areas you might be able to just use the yelp of a mouth call to entice a response. In wide open fields it may be the “shock gobble” associated with the hammer of a crow call. It only takes one gobble to identify and strategize your next move. The more ground you cover, the more likely you will come across a love-sick tom.

Public land gets a bad rap for all types of hunting, but for turkeys it can be a hidden gem. With many hunters have smaller and smaller pieces of ground to hunt, public land is a great option to get out and put the miles on. Hopefully, leading to a wise, old, public land longbeard hanging upside down.