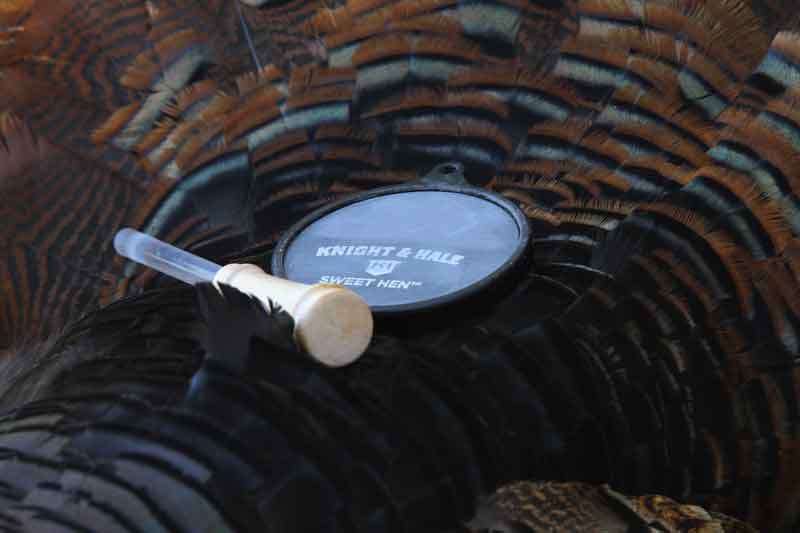 Thanks to its ease of use and realistic sounds, the pot call, also known as the friction call, is a favorite choice for both beginner and novice turkey hunters. Its ability to recreate a hen’s yelps, cuts, clucks and purrs makes it a must-have piece of equipment for the turkey woods.

To maximize the potential of a pot call, not only does the hunter need to know the best techniques for use, but he or she needs to regularly condition and care for the call.

The friction created when you rub the striker across the calling surface makes the turkey sound. In order to produce the friction needed to make realistic turkey sounds, the call must maintain a roughened surface. The goal is to have as much friction as possible between the surface of your call and the tip of your striker. Overtime, the moisture and oils from your hands can cause the surface of your call to get slick, which negatively affects the sound it produces. For this reason, you need to regularly condition (roughen up) the calling surface.

Chris Parrish, Knight and Hale pro staffer, recommends conditioning your call frequently to ensure it produces the best sound during each use.

To condition your call, you’ll need to use sandpaper or Scotch Brite pads, depending on the surface material. A Call Conditioning Tool is ideal for preparing surfaces for all friction calls.

“First of all, with any friction call, you don’t want to sand the surface in a circular movement,” Parrish said. “You want to sand across the grain in the same direction or in a back and forth direction. That way, when you run the striker across the surface, you’re running across the grain, which will create realistic turkey sounds. Running with the grain can create skips and misses, which will negatively affect the sound. Sanding the same way each time will keep your calling consistent.”

For slate calls, such as the Long Spur Slate Pot Call, Parrish recommends using a Scotch Brite pad, rather than sandpaper, which can “dig in” and wear out the surface more quickly. You can find Scotch Brite pads at stores such as Walmart or Home Depot.

To condition a crystal or glass call, such as the Long Spur Glass Pot Call, you’ll first want to prep the call using a glass tool or glass stone, which is essentially just a fine grit whetstone.

“Then take 80- to 100-grit sandpaper and finish prepping it,” Parrish said. “The stone is tough enough to cut the glass; then the sandpaper can roughen it up.”

“You need to use a fine sandpaper because the ceramic surface can wear easily. Scotch Brite isn’t quite enough to cut and take out the striker line. Ceramic usually doesn’t take as much sanding as some of the other call surfaces.”

In addition to conditioning your friction calls, you want to protect them as well.  Purchase a case or protective cover for your calls. After prepping them and when you’re not using them, put them in that case.

Parrish said the striker needs prepping as well to remove the particles of aluminum, slate, ceramic, glass or crystal on the tip. To prep the striker, just take a piece of sand paper or Scotch Bright and sand the tip.

“After I condition the tip, I put a drill bit cover on the end,” he said.” It will slide right over the striker tip to protect it.”

With the proper care and conditioning, a good pot call can provide you with years of effective calling in the turkey woods.