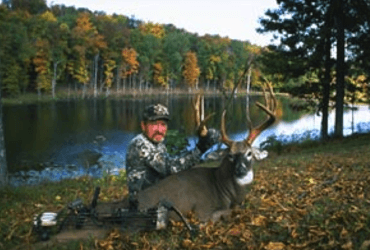 Many hunters buy a deer call, use it once or twice, don’t see a deer and throw it in a drawer along with all of the other stuff they believe they were duped into buying. These hunters have forgotten about one of the most basic elements of success in any hunting equation – timing.

Several other factors affect your success calling deer, but timing may be the most important. Perhaps the deer winded the hunter – calling often positions deer downwind of the sound so they can scent check the area to confirm with their noses what their ears told them. If the hunter is not relatively scent free, that downwind buck is long gone.

Simply put, calling deer is most effective when deer are most responsive. The best time to call is the month prior to the peak of the rut, with one exception. That exception is rattling. Rattling using a rattle call can be effective anytime during the season. Bucks begin sparring as soon as the velvet is off their horns, and really kick up the intensity as the bachelor groups begin breaking up in the early season. Granted, bucks are more likely to come to your rattling when their intensity level is ratcheted way up during the roaming, chasing and breeding phases, but even in early October you can call in a buck by rattling.

When the roaming phase kicks in at the middle to end of October, a buck’s activity level increases. It’s getting restless, searching for does, making scrapes and keeping tabs on what’s happening in his home range.

This naturally makes them more curious about their surroundings, and is the beginning of the time when calling can really reap rewards. Doe bleats and buck grunts both work at this time. A tip over can call can really pay big dividends during this time frame.

During a morning hunt, tipping a bleat call as soon as shooting time arrives is a good idea. This loud, realistic bleat brings in bucks looking for a hot doe. As the morning goes on, switch to the grunt call and call less frequently the later it gets.

For afternoon hunts, hit the grunt call as soon as you get settled in the stand. In many instances, bucks have heard the leaves crunch as you walked to your stand and can mistake you for another buck. As the evening wears on, go more to the doe bleat.

Toward the end of the chasing stage any call at any time can bring in a buck. This also is the time to bring the rattle bag back out, as bucks spar to keep competitors away from a doe.